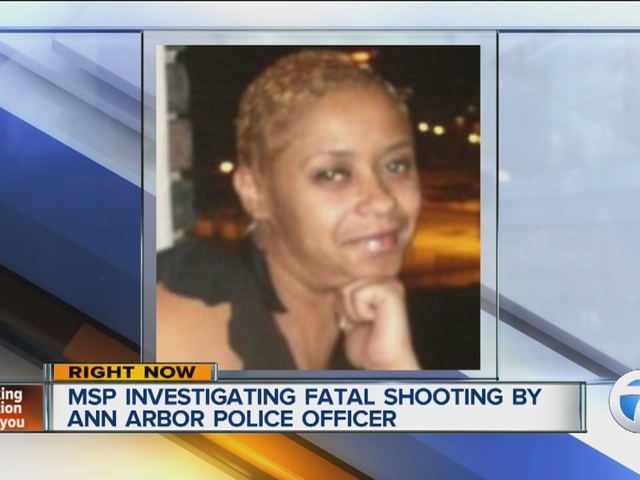 On Nov. 10, 2014 Aura Rosser, a local African American artist and mother of three, was shot and killed by AAPD. Her death, and the nation-wide pattern of state violence directed at Black Americans, continues to push our group, Ann Arbor to Ferguson, to act and plan for a better future. We had the impression that you, too, were shaken into action by Aura’s death.
However, you have changed your mind about working with us as full partners. Initially we were invited by Sumi Kailasapathy to participate in the HRC subcommittee working on the creation of a civilian police oversight board. We delegated a subcommittee to work with you from our organization, empowering them to represent us and work toward our goal of creating a basic institution, which exists in various formulation all over this country and internationally, that would strive to improve police accountability and transparency to the communities they serve. The AAPD complaint process is far from transparent, with the complaint form not being available to the public, and one sergeant being responsible for filling out the form and deciding whether a complaint is legitimate. Further, the public has no access to the record of complaints, nor to the professional standards guiding the AAPD.
We feel disappointment and distrust following our interaction with HRC. We attended all of the meetings; we gave you our time, ideas, resources, and research. We even directed law interns that were working with us to you, only to be shut out of the conversation thereafter. We were told that our engagement would make the process “biased” and that police representatives would have to be invited as well. We did not oppose this, and it is important to note that police representatives were never outside of your process; you have been meeting with Chief Seto regularly. By calling our communal demands “biased,” you in fact encourage the division between police and community, making quite clear that the police are not here to serve us. This begs the question of exactly what community you are willing to work with?
We take this opportunity to reiterate our vision of a civilian police oversight commission. These demands reflect those of the national movement against police brutality and racist policing.
1. The oversight commission will improve transparency by:
a) notifying the public of the use of lethal weapons by the police
b) collecting, analyzing and investigating complaints against police, using subpoena power, and making the analysis available to the public
c) notifying the public of the current professional standards followed by the AAPD
2. The oversight commission will consist of folks that are representative of the community; this can be done either by election, or by making sure that the commission’s demographic aligns with either the demographic makeup of community complainants, or the demographic makeup of the county jail.
3. The oversight commission may employ independent investigators.
4. The oversight commission will make policy recommendations to the City Council and the AAPD regarding training, informed by anti-racist, feminist and LGBTQ ally principles.
5. The oversight commission will participate in the hiring and firing of AAPD officers and administration, being guided by evidence of the number and severity of complaints, as well as evidence of implicit bias.
6. The oversight commission will have communication with the court and correctional facilities, so as to be able to intervene on behalf of the public in cases of emergency (such as wrongful arrest and denial of medication while incarcerated). This may be done by creating a countywide oversight commission, which may consist of independent and cooperating individual city oversight commissions.
7. The oversight commission will make sure that police and civilians interact in a positive way:
a) by organizing social events (sports, barbeques, etc.)
b) by requiring that police officers live near the communities they serve
c) by organizing workshops with students and community members of a variety of ethnic groups, celebrating cultural creativity and fostering mutual respect and cooperation
8. The oversight commission will follow the principles of restorative justice, encouraging dialogue and healing.
9. The expenses of the oversight commission, if any, will be funded by the city; one way to create such a fund is to reallocate some of the current $25,000,000 budget.
Sincerely,
Ann Arbor To Ferguson
ann arborAura Rosserblack lives matterFergusonHuman Rightspolice
Share: