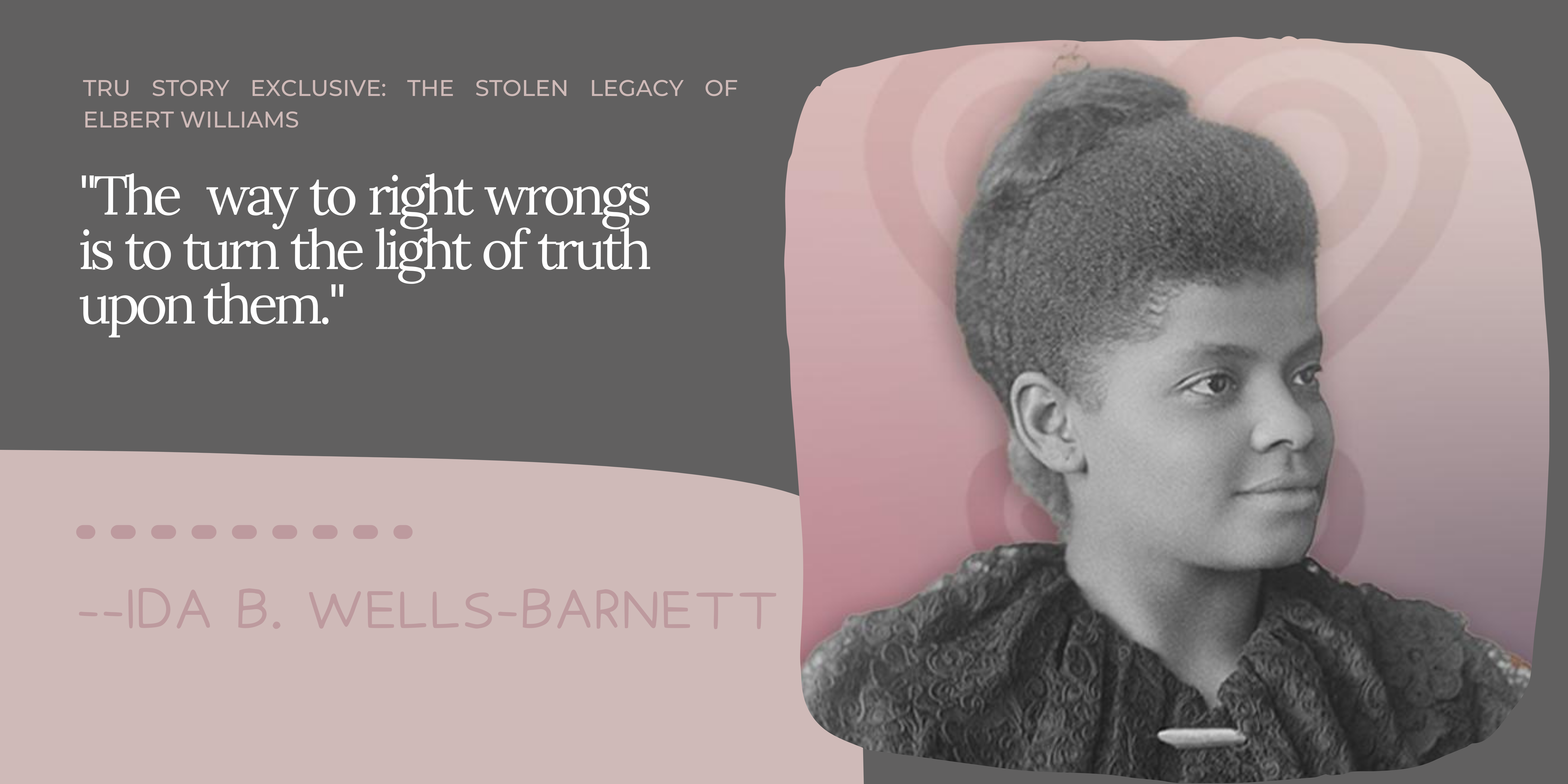 The Stolen Legacy of Elbert Williams by Leslie McGraw

Thank you for tuning into the Tru Story blog series: About Elbert Williams. For the next few weeks leading up to Independence Day I, along with guest bloggers and/or news outlets, will address a topic related to one of the nation’s forgotten heroes, Elbert Williams. Although I hold a personal connection with all of the series on Tru Story, this one is especially personal as Elbert Williams was my Uncle.

This first blog post in the Tru Story Exclusive series was written by guest blogger, Jim Emison, a retired attorney and cold case investigative lawyer.  Now I will share some of my uncle’s murder meant to me and my family.

I don’t think it is any coincidence that today is the day many will celebrate Juneteenth. Juneteenth is an observance of when the last black slaves were freed in this country, some two years after the Emancipation Proclamation.

Today marks the 75th anniversary of the brutal murder of Elbert Williams in rural Brownsville Tennessee. Elbert was an outspoken, 31 year old, charter member of the National Advancement of the Association of Colored People (NAACP) in Haywood County,Tennessee. At the time, Haywood County was one of just three counties in the state where African Americans had not been permitted to vote since the Reconstruction era. Historians think this was mostly because of the fear of the loss of control in politics. For instance, in Haywood County the ratio was 3 to 1 black to white. Allowing blacks to vote had the potential to change everything they knew. Even today, downtown Brownsville has plaques and statutes under the confederate flag, grieving the end of the old South and loved ones that lost their lives defending it.
But, here’s a little bit about Elbert…
My grandmother remembers “Uncle Elbert” to be a generous and kind man who took great pleasure in treating his nieces to movies, ice cream, and other special treats that they might not have experienced from their parents at the time.
Elbert was a loyal and dedicated fireman at the Sunshine Laundromat doing what would now mostly be considered as “dry cleaning”. He was so loyal that his wife Annie knew there was definitely something going on when he did not arrive to work the day after he was taken from his home.
Mrs. Mildred Bond Roxborough, the daughter of then NAACP President Ollie Bond, remembers her father speaking highly of Elbert. “He was younger than most of the members, but my father convinced him to get involved and hold an office in the NAACP.” Some saw Elbert as the next NAACP President because he was smart and “wouldn’t back down”. This was a necessary attribute for the position at the time. Mrs. Roxborough remembers several times as a young girl seeing her father come home badly beaten by white men who were encouraging him to stop his work on voting rights. In fact, shortly after Elbert’s Mr. Bonds was given word on Christmas Eve that he should leave town or he would be killed that night. He left that day and later that night his beautiful show home was burned to the ground.
Elbert was a threat
Young, articulate, smart, trustworthy, and outspoken; Elbert was a threat. The threat white people must have felt by Elbert’s existence was evidenced by his murder. When two fisherman found Elbert’s body floating in the Hatchie River three days after he had been kidnapped from his home, his body was badly decomposed and weighted to a log. Furthermore his body was bruised with holes in his chest and his tongue and manhood had been ripped from his vessel and shoved into his mouth.
When I think about my Uncle I think about my grandmother and her parents and all the family that endured his death. My family was hardworking and entrepreneurial with businesses, homes, a chapel, a cemetery and many talents. After Elbert’s death, our family along with dozens of others abandoned everything to migrate North.  Our family has been robbed and cheated out of our legacy many times over.
I have so many thoughts about Uncle Elbert. Sure, he was killed 75 years ago but he walked and lived with the people that I love that are still roaming the earth. My mom and her generation weren’t given the same charge. It is up to our generation to seek justice for our grandparents or we will find ourselves crying over the injustices sure to come to our own children and grandchildren.
Today, I speak from a place of healing and pride in the accomplishments and perseverance of my family and am honored to be “home” in Brownsville to commemorate “Uncle Elbert” with a historic marker in downtown Brownsville. I will still be able to see that darn confederate flag in the background, but it’s a start.
Memorial services for Elbert Williams and a historical marker honoring him will be dedicated in Brownsville, Tennessee, Saturday June 20, 2015, the 75th anniversary of his death beginning at 9 a.m. To check out the recording of the services:
YouTube Video of Memorial Services for Elbert Williams
Let us all seek justice for Elbert Williams.
blackblack lives matterBrownsvilleElbert WilliamsJuneteenthMichiganmurderNAACPTaylorTennessee
Share: