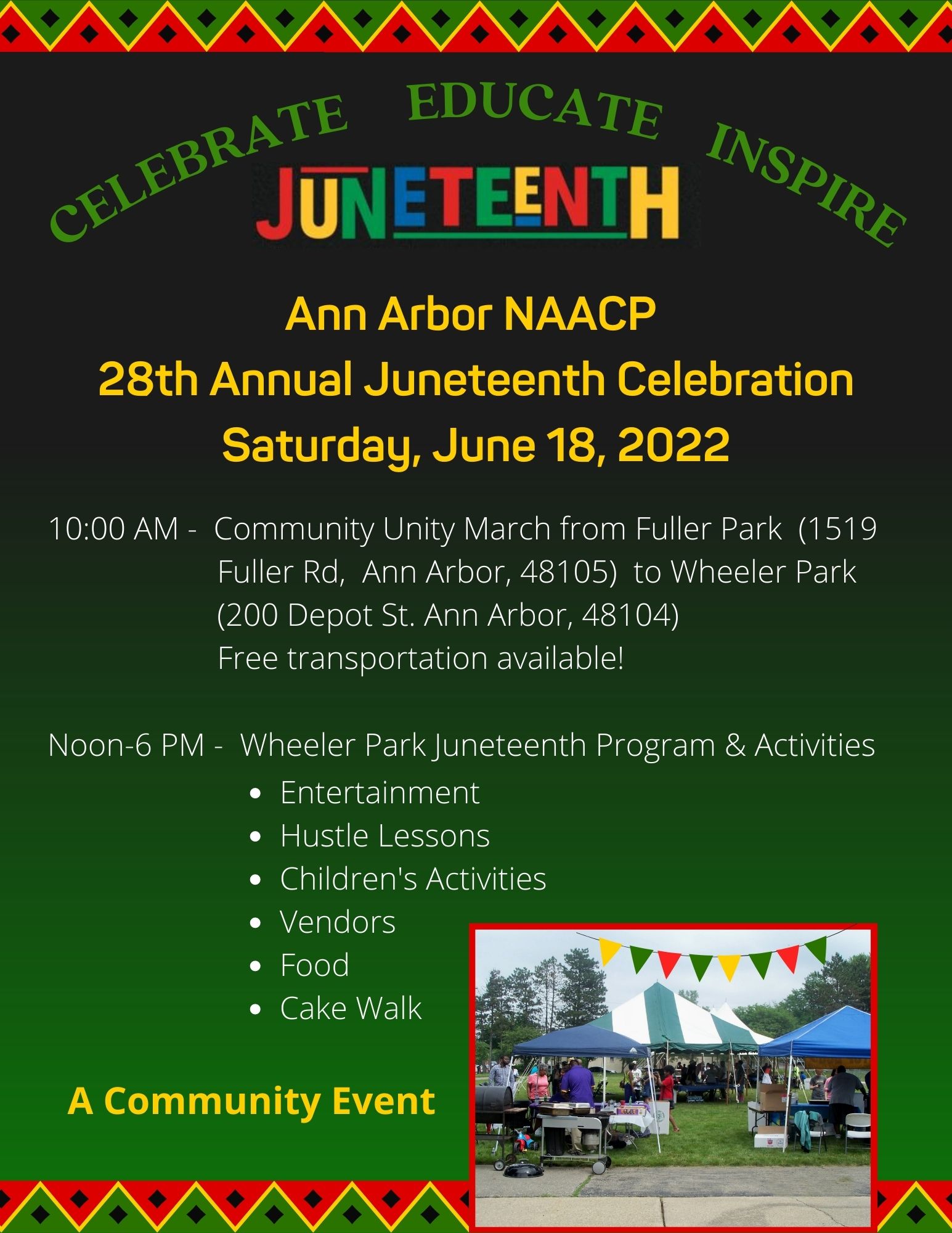 Free transportation for this part of the event will be available.

There will be food, activities, vendors, entertainment and so much more!

The Ann Arbor Branch of the National Association for the Advancement of Colored People -NAACP- held its first Juneteenth Celebration in 1994. The branch began this celebration at the urging of Rev. Herbert Lowe, then pastor of the Church of the Good Shepard in Ann Arbor. The idea was to have a community event celebrated in Ann Arbor that was a joyful time in the life of African Americans. Wheeler Park, formerly Summit Park was chosen as the site for this celebration because it had been the center of an African American neighborhood in Ann Arbor.

Since then, Juneteenth has been a day of celebration for many African Americans, a de facto second Independence Day commemorating the end of slavery and the first step toward inclusion in the greater American dream. Currently, a little more than half of U.S. states acknowledge Juneteenth in some form or another, usually on the third Saturday of June.

The future of Juneteenth looks bright as the number of cities and states creating Juneteenth committees continues to increase. Getting involved and supporting Juneteenth celebrations creates new bonds of friendship and understanding among us. This indeed brightens our future – and that is the Spirit of Juneteenth.